Links… Links… a parade of Links

Updates on BTGC and SDCC06

I am putting together my BTGC press kit, a BTGC sketchbook, and a regular sketchbook. I will also be selling BTGC #1,#2, Anthologies, Guide to Other Worlds as well. So much work, so little time. I also have one other project that might make it to San Diego as well, but it won’t start until Thursday and will be done by Friday.

I am also creating a teaser poster for BTGGC that can be seen at my booth, E-11 along with other art prints of my paintings and drawings.

I will be, trying to post from San Diego as often as I can, but I won’t make an promises.

I arrive on Wednesday morning and will spend the day exploring Balboa Park. Then that night I will be at the Cartoon Art Museum booth E-11.

I plan on mostly walking the floor and networking and such on Thursday.

Friday and Saturday I will mostly be at the table selling comics and drawing commissions.

Then Sunday I will be mostly on the floor again, trying to network and follow up with anyone I met. 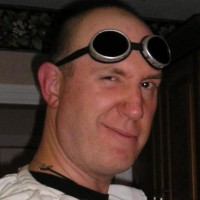